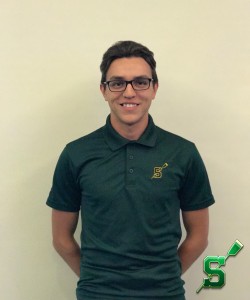 Truman started his athletic career as a Peewee Football player in the 8th grade and was on a 13 man team, this was hard since the line of scrimmage comprised of 11 people so this meant they needed to be endurance ready for each game. Going into freshman year, he played football and didn't enjoy being on a team but no one played like one. That spring semester, Truman joined track because of his friend and he fell in love. Towards the end of his freshman spring semester the XC coach recruited him and he started the following fall, in place of football. Truman struggled a lot with this sport but continued to come back each fall, and did track each spring until graduation. As for track, he can confidently say that he did every type of event excluding pole vault. His favorite event was the hurdles. Truman excelled in the 300m hurdle and progressively became better at running the 110m high hurdles his varsity year.